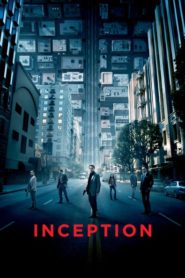 IMDb: 8.8 2010 148 min 1664 views
Cobb, a skilled thief who commits corporate espionage by infiltrating the subconscious of his targets is offered a chance to regain his old life ...
ActionAdventureMysteryScience FictionThriller

IMDb: 9 2008 152 min 1893 views
Batman raises the stakes in his war on crime. With the help of Lt. Jim Gordon and District Attorney Harvey Dent, Batman sets out to dismantle the ...
ActionCrimeDramaThriller